Yesterday, I had the privilege of attending the wedding of my friend, Clare, and her partner of 13 years, Bonnie. 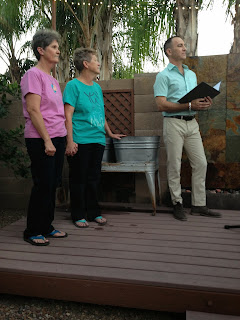 On October 17, 2014, U.S. District Court Judge John Sedwick ruled that Arizona's anti-marriage amendment is unconstitutional. Arizona Attorney General Horne announced just hours later that he would not appeal the ruling, meaning that same-sex couples immediately had the freedom to marry in the Grand Canyon State!  As conservative as our state is, this was a huge hurdle for equality for all people. 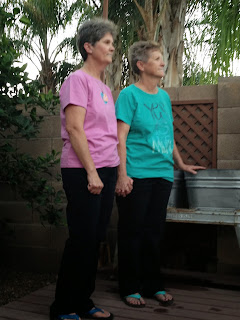 I have known Clare for over 20 years.  She taught for me at Gilbert El and is probably the best music teacher ever in the state of Arizona! Every year, she did a musical with every grade level and she included EVERY child in the musical no matter what their abilities or disabilities.  She is amazing!!!

She and Bonnie are both wonderful human beings who absolutely deserve all of the rights that go along with this ruling.   I know that they were already happy, but this brings their happiness full circle.

The wedding was in their beautiful backyard that Bonnie designed.  Clare's friend, Randy, performed the wedding.  There was a huge crowd of their families and friends and everyone was so happy for them.  They both so deserve this!

And, of course, the music was great and there were tears and laughter throughout the ceremony.   Peggy Dole sang a couple of songs.  Her voice is amazing!! 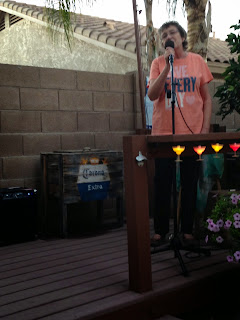 Finally, Arizona has come through---or I should say a judge came through for equality for all.   It was truly a special evening and I am so glad that I was a part of it.

Congratulations to Clare and Bonnie and may they have a wonderful life together!!!

The month of October was quite busy for me in a positive way.  I was able to get away for a weekend in Las Vegas with my dear friends, Elise and Jessie.   We went to see Bill Maher--I love his very irreverent sense of humor.   And as always, I enjoyed my time with Jessie and Elise, two of my favorite people in the world! 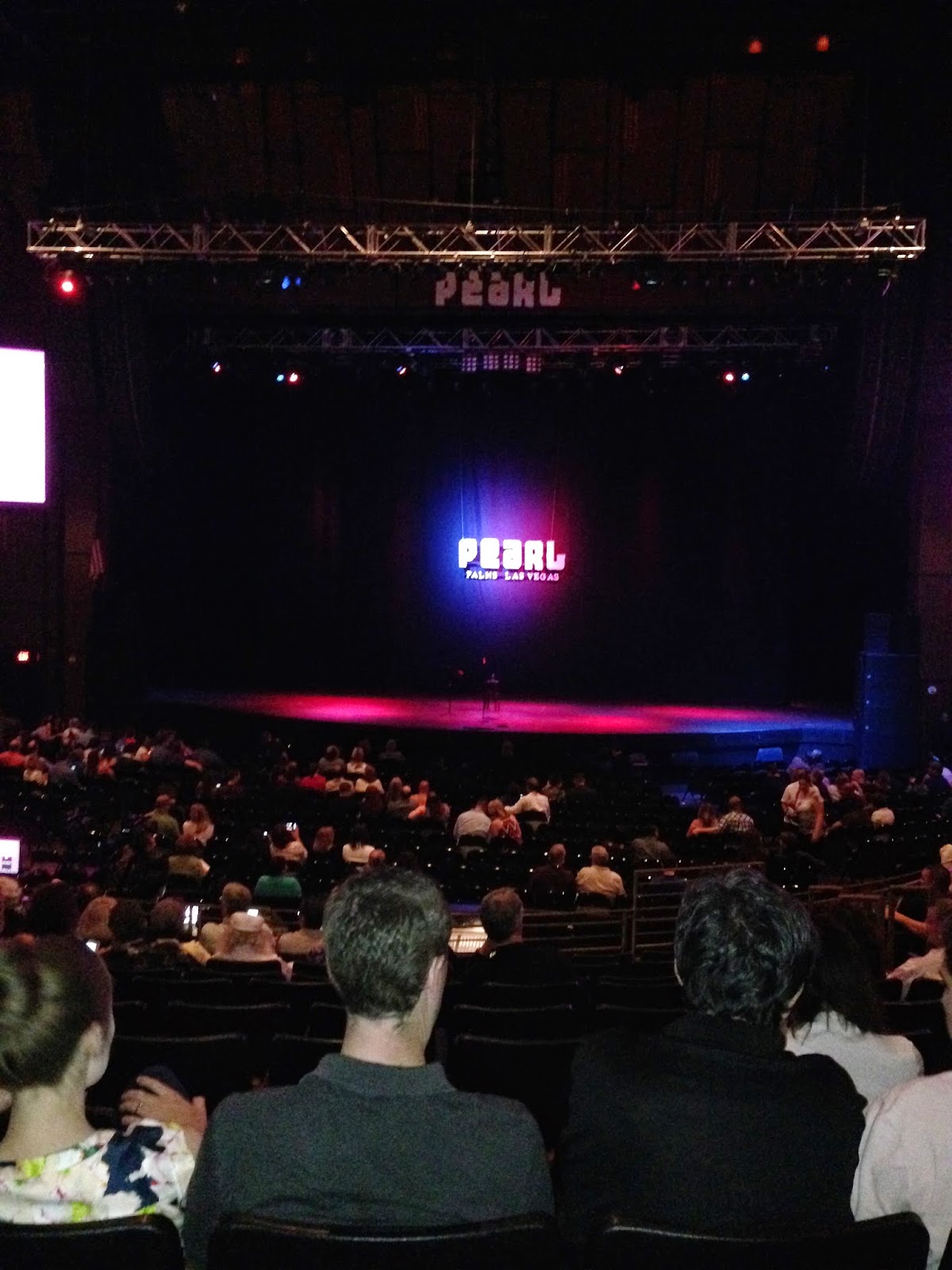 Teresa and I went to San Francisco for the wedding reception of my cousin, Eddie and his wonderful bride, Jody.  We had been there in September for their wedding which was very small.   Two of his sisters put on this reception for them. We got to see most of our northern California family, which is always a highlight for me.  I have the best cousins who are such an integral part of my life.   And of course, getting to see Patrick was awesome.  He is doing so well and it is great for me to see him so happy and content. 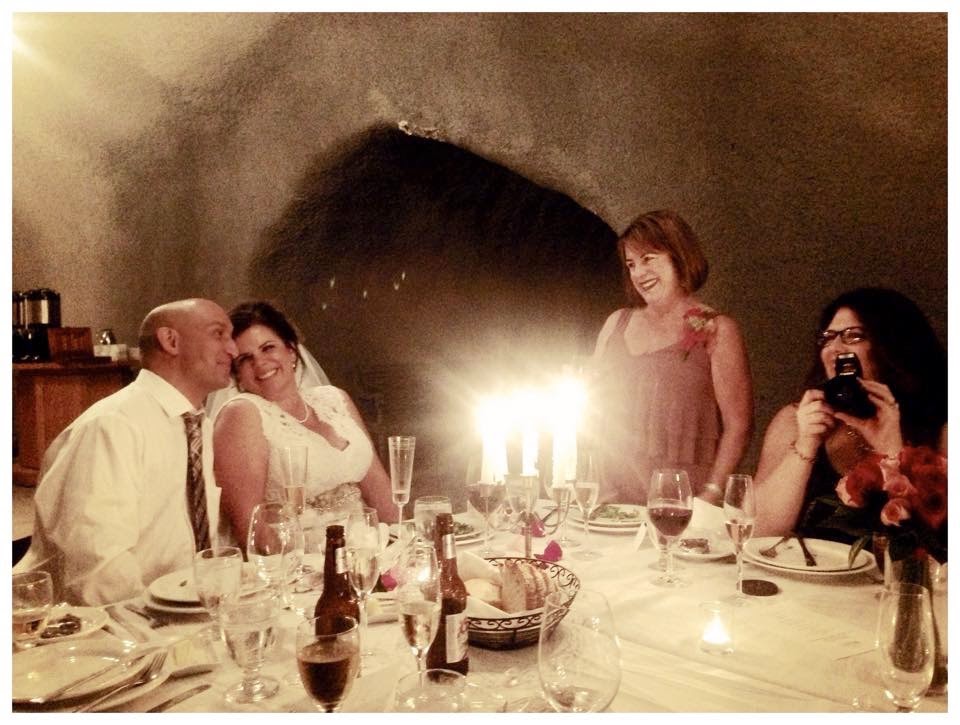 Teresa, Lena and I went to mass on that Saturday in San Francisco.  This was right after the SF Giants won the National League Pennant.  The priest is definitely a big Giant's fan and he mentioned it several times during the mass.   At the end as they were walking out, one of the altar boys had a Giants' hat on along with a number 1 "glove."  Two of the altar girls carried a Giant's banner down the aisle.  When we got out of church, there was the priest greeting everyone with his bright orange shorts on!!  It was so funny and such a nice touch to see the enthusiasm and loyalty. 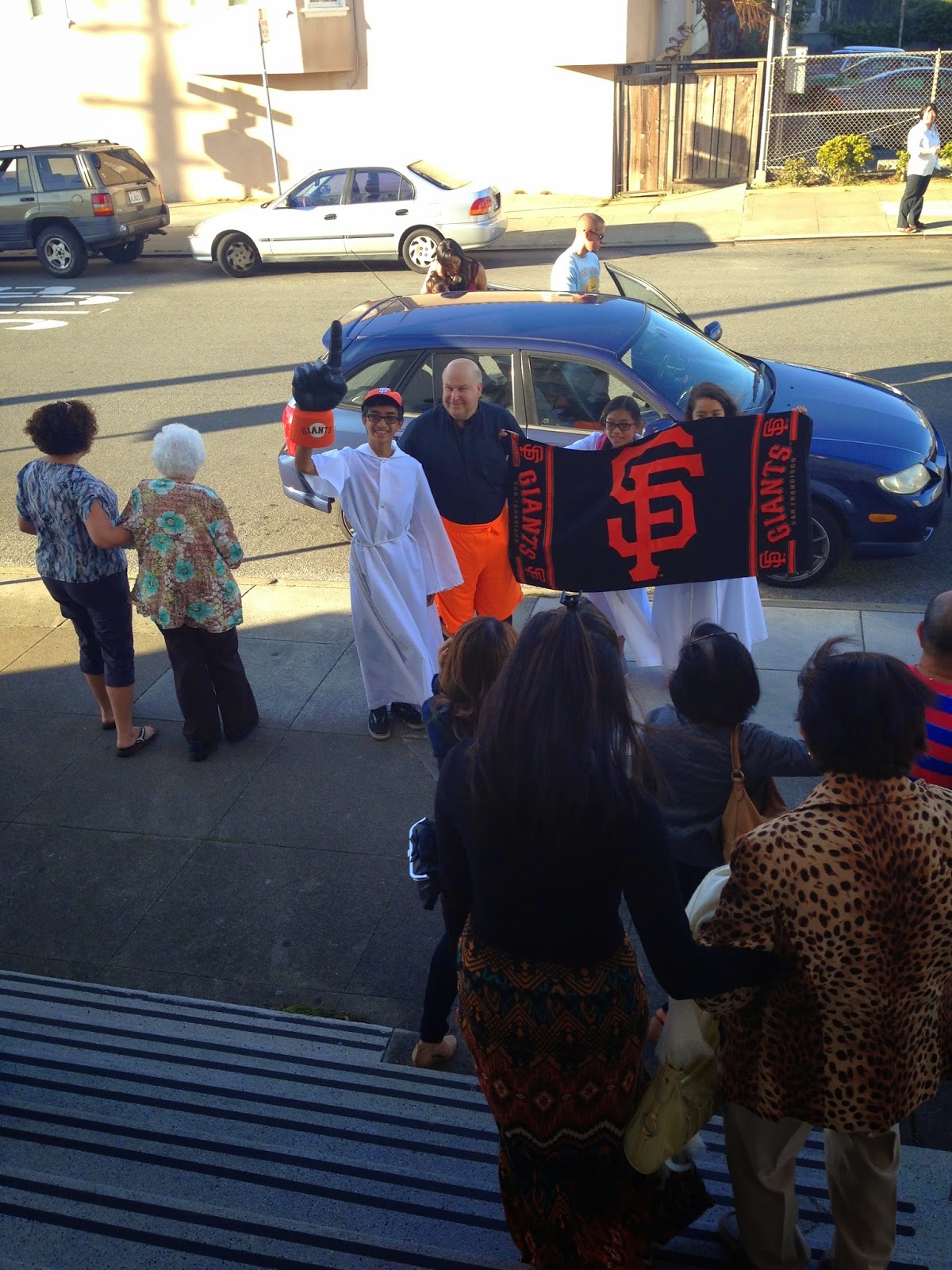 I was able to take a few days off during fall break.  This was a much needed break for me.  My job is all encompassing and it is good to get away from it for a bit.  One of the best parts of these few days was visiting Gilbert El for an assembly.   I was so touched that I got so many hugs from the kids.  The current 5th and 6th graders were in kindergarten and first grade respectively my last year as principal.  It was so good to see so many of my old staff.  Gilbert El is the best and I have always said that the 20 years I spent there were the best years of my long educational career! 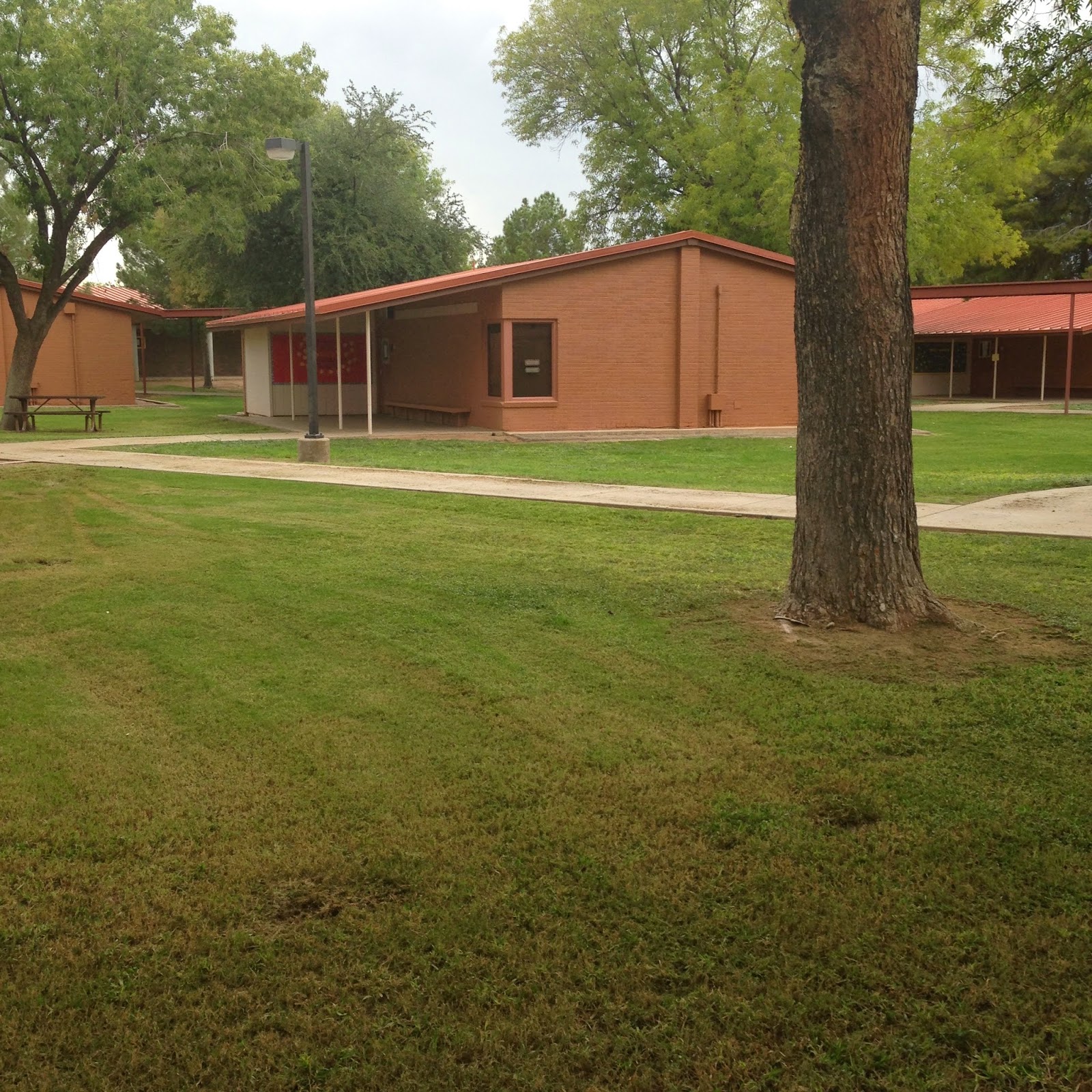 Last weekend, I attended the Douglas High School All Class Reunion.   It is held every three years.  The really nice part of this is that there are people from all classes and so you get to visit with many people.  I was able to visit with some of my Facebook friends  who I didn't really know in high school, but have become friends with on Facebook.  I was asked to give the welcoming, which was an honor.  It was a huge success!!! 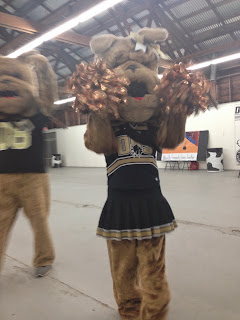 At Douglas High, we have an incredible Land Lab which has two ponds, gardens, animals, etc.  It is a true "hands on" learning experience for all of DUSD students.  Kelly Glenn Kimbro and her daughter McKenzie, have been the key to making this happen for our District.  They have put in countless hours with many volunteers and have also brought in thousands of dollars in grants and donations.  Last Saturday they had an open house/pumpkin patch.  Kelly's mom, Wendy, died a few months ago and our Governing Board named the pond after Kelly's mom.    I had the honor of cutting the ribbon along with her dad, McKenzie, and Kelly.  What a tribute to a wonderful family!! 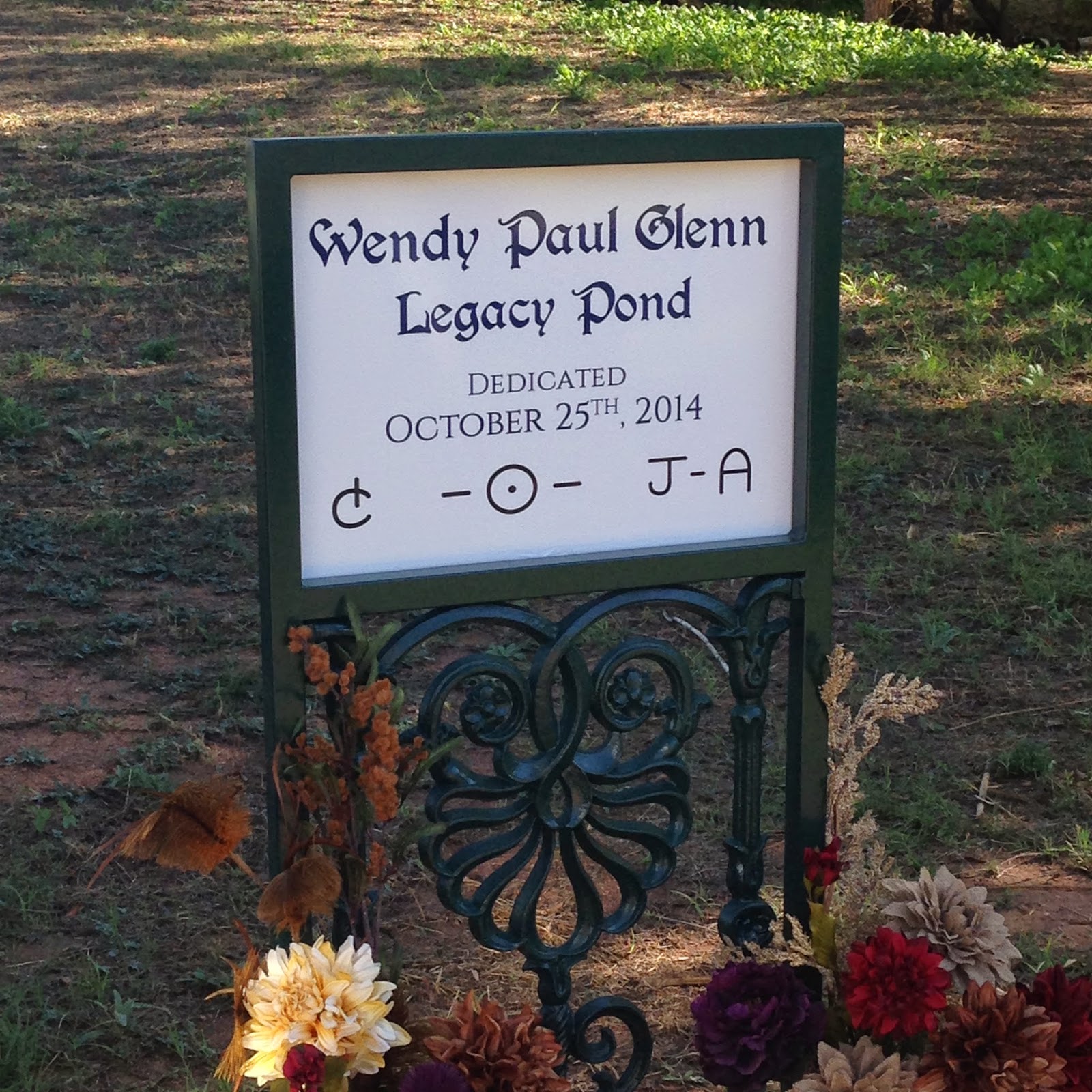 All in all, it was a great month! 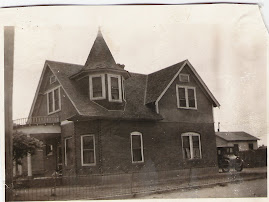 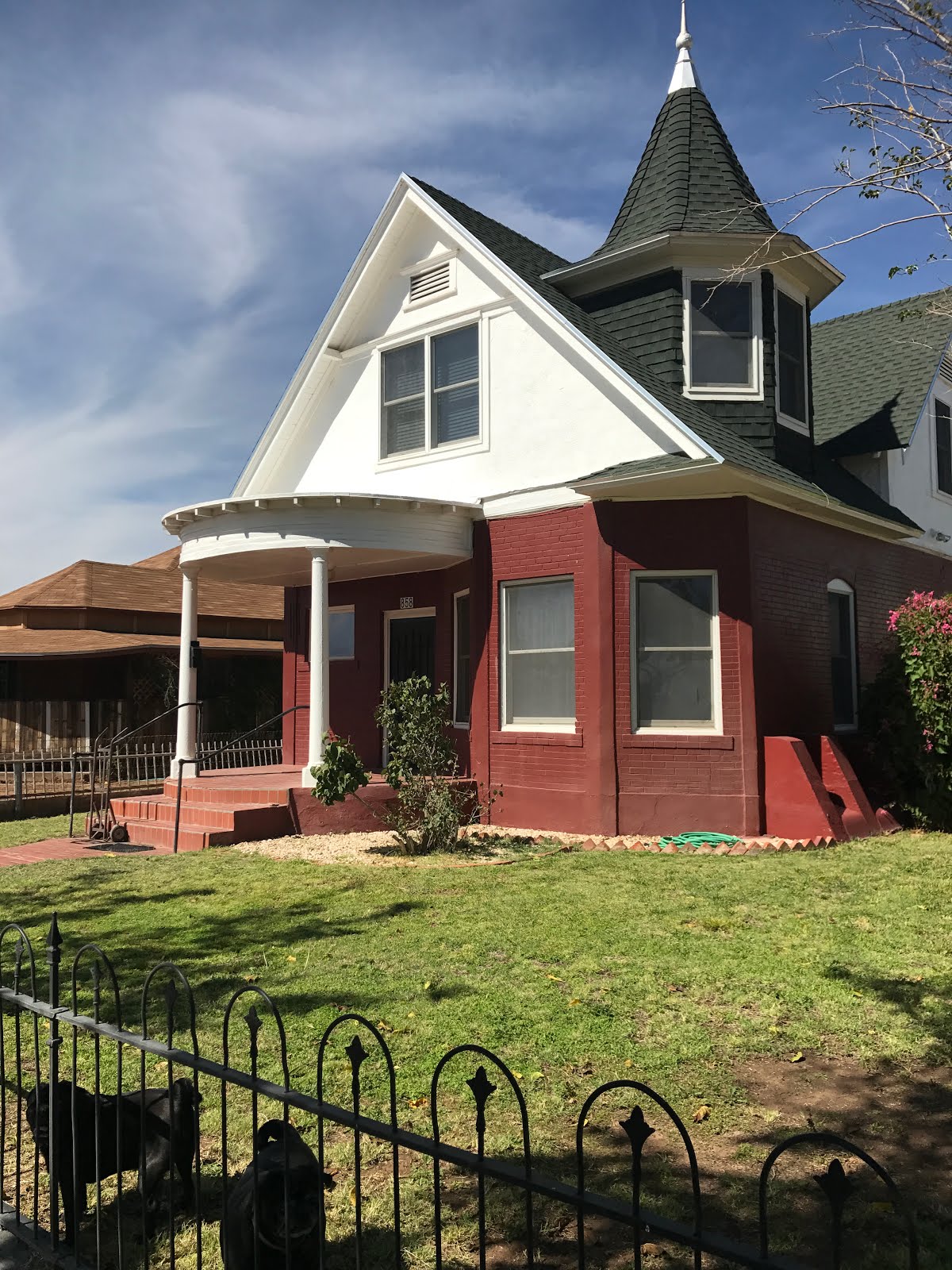